Stargazing in Your Outdoor Kitchen: A Brief Lesson on Astronomy 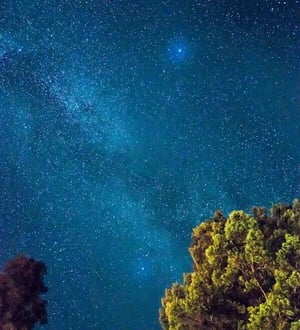 It's bound to happen this summer if it hasn't already. You'll be sitting in your outdoor kitchen after a long day and a relaxing dinner, and then you'll look up at the sky. You can't help but notice how bright the stars are. You remark on their brightness and their beauty, but your astronomy knowledge is limited enough that you don't have much more to say after that. So instead, you start to look for Orion, but you can't find him. A few moments later, you decide to be content with at least spotting the Little Dipper.

Stars are fascinating, and there is a plethora of science and mythology associated with them. The more you know, the more interesting the sky becomes — and less confusing. For example, if you had known that Orion wasn't visible this time of year, then you wouldn't have been so disappointed with yourself for not being able to see him. Additionally, if you knew just a little bit more about astronomy, you might have been able to enjoy the night sky more fully.

Let's dive into some fascinating facts about summer constellations so that you can truly appreciate the galaxy from your outdoor kitchen.

While these three bright stars form one constellation, they are also each part of three individual constellations.

Altair is at the head of the eagle constellation, Aquila. Just northeast of Aquila is the star Deneb, which forms the tail of Cygnus, the hen. Deneb is about 200 times larger than the sun, but it is much, much farther away from the earth. Situated between Aquila and Cygnus, is the constellation Lyra, which contains the third star of the Summer Triangle, Vega.

Fun fact about the stars Vega and Altair: The Chinese saw these two stars as two lovers who were separated by a great river which we know as the Milky Way.

The Center of the Galaxy

In the south sky, you'll find Scorpius, a scorpion constellation that contains the bright star Antares. At the end of Scorpius's tale is the constellation Sagittarius. Sagittarius is known as the horseman named Crotus.

Mythology aside, perhaps the most fascinating things about these two constellations is that the point between Scorpius and Sagittarius marks the actual center of our galaxy.

Who's ready to stargaze?

We hope tonight offers clear skies so that you can put your newly acquired stargazing knowledge to the test. Go ahead and plan to make a night of it. Start by grilling some steaks for dinner, and then get a fire going so you can roast some upscale s'mores. By then, the stars will be out, and you'll be ready to enjoy them!